The yin and the yang - creator of the DesignerBox #48

For the 48th edition of Designerbox, let’s discover the spirit of this creative duo, the BrichetZiegler studio. If you decided to resort to simplistic analogies, the BrichetZiegler duo could be presented as the yin and yang of design. Fully drawing on its bipolar side, the studio consists of two highly complementary personalities (a man/a woman; an engineer/an aesthete) who were brought together in 2010 by their unifying love of «doing», the year in which they created their eponymous studio.

Caroline Ziegler and Pierre Brichet, in their radiant thirties, are the product of not so different paths. After a degree and professional experience in mechanical engineering, Pierre joined the furniture section of the Les Arts Décoratifs in Paris in the 3rd year; Caroline graduated from the Ecole Supérieure of Art and Design of Reims in 2003. Both had numerous experiences in renowned agencies before setting out on their own adventure.In 2007, already driven by the desire to produce several items, Caroline founded the Dito collective with Joachim Jirou-Najou. They were soon joined by Pierre Brichet and a dozen other young designers, who, besides being emblematic of the ‘French touch’ trend at the time, also had in common the idea of the collective, a now unavoidable notion on the international design stage. 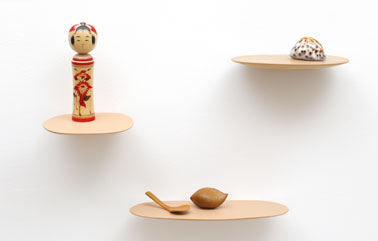 « In the context of Dito, the idea was to exclude the notion of concession:

no project should be deemed to be completed until the 16 designers of the collective are all truly satisfied.» «Demanding and laborious, the construction of such a creative language proved quite quickly to be utopian to the 16 people. However, it also proved very effective for just two people. Quickly, Caroline and Pierre decide to continue the multiple-person adventure on a smaller scale, by bringing together their complementary talents.If Pierre, a former engineer likes to face the technical challenges of each project, Caroline, instead, will focus on the aesthetics. However, after 10 years of working together, the boundaries have become increasingly porous and each anticipates objections as suggestions made by the other person, the duo is part of a more effective and prolific natural co-creation, where formal dialogue has become almost superfluous. 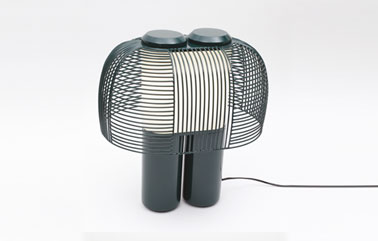 Ultra conscientious, the BrichetZiegler duo refuses to be locked into a style, focusing since the beginning on the eclecticism of projects and a variety of approaches. The creator of seated lighting, tables and all manner of objects, both members of the studio design a universe that is deliberately devoid of any signature :

« we prefer to go about things on a case by case basis, seeking each time to use a new language that would avoid repetition.»

Free in that first creative impulse, Caroline and Pierre have never waited to be commissioned to get down to work. Their first joint design – Week End garden furniture – was designed purely for free, in the secrecy of their workshop, before being released years later by Petite Friture. This unbridled creative approach, free from the constraints of editions, has resulted in the studio becoming a brand: for two years now, ByHands has offered a series of objects and furniture entirely made by hand by the duo, from the design to the manufacturing stage. 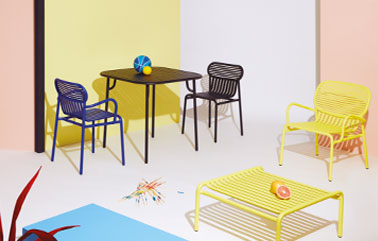 A privileged site for expression, the young brand brilliantly tinkers with a universe that seduces individuals and an increasing number of publishers. Moustache asked BrichetZiegler studio to adapt its loose leaf air shelves by trading in wood for ceramics; they were re-named Isola for the occasion Entirely handmade in the case of By Hands, or manufactured through their projects created with Versant (see p.25), the duo’s achievements make the most of the action. Never content with simply wielding a pencil, Caroline Brichet and Pierre Ziegler each put their drawing to the test in their workshop, by systematically realising the associated prototypes. Stamped with an indelible signature, the achievements of the studio bear witness to the fact that, despite themselves, they «hands down” have a constant bias towards technical challenges.