Ich&Kar, the art of the right word - creator of the DesignerBox #21

Relentlessly bold and creatively adventerous, Ich & Kar now tackle the world of design and decoration through pattern, drawing inspiration from the elements of fantasy that characterize their work. They have created wallpapers, hooks and tables, working with companies like Domestic and Bazartherapy to bring their brand of gentle madness to every room of the house.In their ground-floor studio – decidedly ‘on limits’ to their energetic children – they often work late into the night on the ideas and concepts that have brought them justified renown. 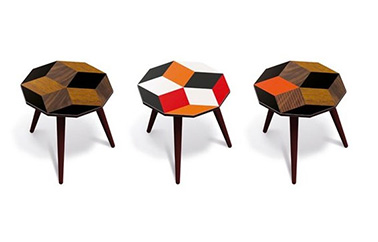 Known principally as graphic designers specialising in food – one of their latest projects is a complete redesign of their friend Sébastien Gaudard’s website – Ich & Kar have always moved easily between creative areas. “When we started in the 90s, we worked a lot in fashion. At that time the houses were independent – our contacts were the creators themselves. When the marketing people took everything over it all became more difficult – too many layers! That was when we turned to restaurants, hotels and food retail. We found these still to be on a human scale – and we work directly with the decision-makers…”Their work focuses on the identity of the client, so Ich & Kar necessarily take the human as their starting point. Tapping into the fundamental aspirations and personalities of their clients, they work to build a personalised universe that is exciting and alive.

"Ich & Kar is the opposite of ‘lazy branding’”

For every project, we start a new story that develops and never stays still. We like an exponential approach: we create a world, it grows, it’s enriched by itself, and that’s what drives the story.” So in 2005, when they took on the creation of a complete brand identity for the Condesa hotel in Mexico City, they reviewed everything down to the menus, stationery and table settings. “Never has so much thought and imagination gone into the identity of a hotel. 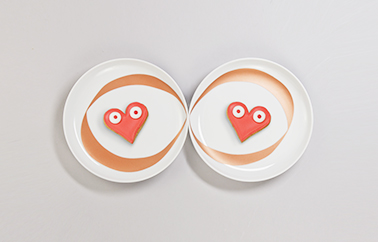 Previously we had put the interior design first, with everything else fading into the background. For this project, we really became obsessive.” From matchboxes marked “You’re fired” to the “room book” in every room, they applied their anarchic spirit to every aspect of the hotel’s design and to placing themselves in the mind of their ideal traveller. Their client list now includes the three-star Troisgros in Roanne, Sketch in London, the Andy Walhoo, the Derrière and the BAM in Paris, and the “Cadet” in Los Angeles. All are marked by the same exuberant and contagious energy.The humor, diversion, imagination and immediacy that are the essence of Ich & Kar demand a tireless work ethic in everyday life. Compulsive collector of oddments – hands, scissors, stamps and even appealing words – Helena draws on her brilliant whims to collect inspiration. “My computer conceals a multitude of Excel tables, vocabulary and quotes around different subjects,” she says. “I have a collection of more than 1,500 dictionaries that belonged to my friend, typographer Jean Jacques Sergent. At his death, I thought that we shouldn’t separate the dictionaries, so I bought the entire collection. My work is very focused on language, so it was the obvious thing to do.” Mischievous and rebellious, the duo loves to play with the codes and words of language, taking us on occasion back into childhood. 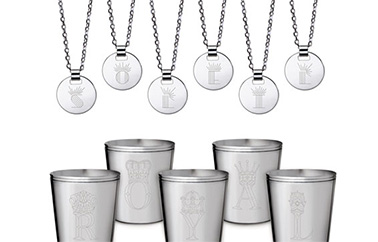 With their famous wallpaper “Etre et Avoir” Ich & Kar place the verb tables familiar from school into the home, inviting a much more playful reading.The duo has added design to its field of activities by inviting themselves gradually into the home with their offbeat interior inventions. “We have always been attracted by objects, and by how design is applied to objects. It is true that our language is that of drawing, graphic design and composition, but it is unfortunate that graphic designers often leave pattern on objects to product designers ”In 2014 Ich & Kar created a family of tables for the brand Bazartherapy, which used pattern to create shape. “Another of our hobbies is the subject ‘art and mathematics’. The paving used for our tables was designed by mathematician Roger Penrose in the 1970s. The pattern is perculiar it is non-periodic, ie non-repeating, and it is this that gives the impression of vertigo that we found interesting.”For designerbox, the porous border between graphics and design was even more blurred.

« We had created all the brand identity for designerbox, so it seemed the logical consequence to create an object. We could not wait to get to work on a project box. »

Creating during the month of February, Ich & Kar have interpreted ‘the food of love’ to deliver a pair of graphic plates that will add their own romance to any daily meal.