The mythical bird, which nests in the homes of many people was made famous by the couple Eames. An iconic design, the bird is also a source of inspiration for star designers of the moment.

The origin and evolution of the Eames bird
However, contrary to received opinion, the black wooden sculpture which decorates the Eames House, was not originally signed by the famous American designers. It was designed by Charles Perdew in 1910 around the image of a real life bird, living in the Appalaches. The couple Eames, who are big fans of Folk Art, acquired the bird during their travels in the region. Used repeatedly as an accessory in the photographs of the Eames House, the bird became famous in the 50s. It is now edited by Vitra. 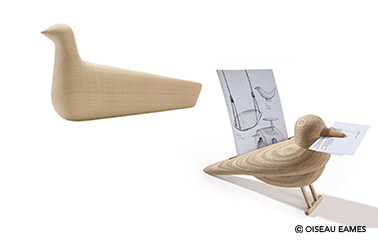 In 2011, the same editor released « L’oiseau », a descendant of the House Bird and signed by The Bouroullec Brothers, who are passionnate about ritual objects, descending from primitive civilisations. The designers created a purely ornamental object, milled from maple wood and they brought back the tidiness of wooden objects into popular nordic art.

This year another rare bird has made its mark on the design scene. Created by Jaime Hayon from a mythical tree planted in 1924 in the garden of the home of Le Lac du Corbusier and Pierre Jeanneret, that was dead and condemned to being uprooted, « The Bird » created in limited edition by Cassina was presented in the most recent edition of Elle Décoration. 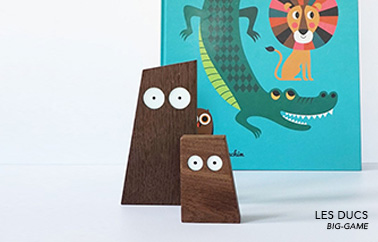