Jieldé and Pipistrello: Illustrated Design Lamps
Since its invention, the miracle of electricity has breathed life into many of the bright ideas of well known object designers. The genies of the lamp, Jean Louis Domecq and Gae Aulenti, as talented as they are different to each other, made their mark on the history of light with two lamps during the 20th century, which advanced into becoming decorative icons. An interwoven cameo of two lighting objects, are now hard-wearing stars of contemporary interiors.

Jieldé Lamp: Its History
A mechanic by trade, Jean Louis Domecq designed the lamp, Jielde, at the end of the 40s for his own practical and personal purposes : He had been searching in vain for a robust lamp that would light up his Lyonnais workshop and be suitable for all of his work stations. The success of these two objects was immediate. Jean Louis Domecq’s lamp impressed industries so much that he decided to create a business to commercialise it : Jielde, who’s name derives quite simply from the initials of the designer and their sound (JLD), was created in 1953. 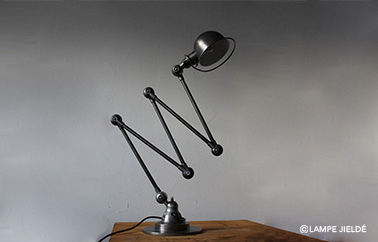 The evolution of the Jieldé Lamp
In the 80s, the first model of the Jielde lamp was re-created as ‘Loft’ to target the new group of people who had already been captivated by industrial trend. The functional lamp unveiled its decorative potential and today it remains a highly desirable object for contemporary decor.

Pipistrello Lamp: Its History
10 years later, It was a much less prosaic approach that lead Gae Aulenti, the young Italian architect : ‘I never look at a lamp’s technical aspect or as an object that lights up, but rather as an object that works in perfect harmony with the context for which it was created’. With that principal in mind, she created Pipistrello, who’s typical curves pay hommage to Viennese Art Nouveau 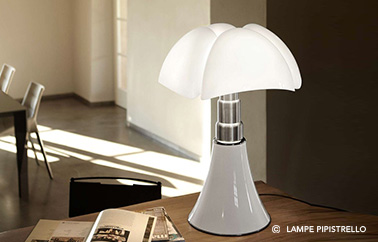 The evolution of the Pipistrello Lamp
As for the Pipistrello, it found its place in MOMA and continued to unveil new finery throughout it’s half century of existence : decorated with different coloured paints, and provided with LED lights in 2014, this year it will be dressed up in gold to celebrate the Jubilee. 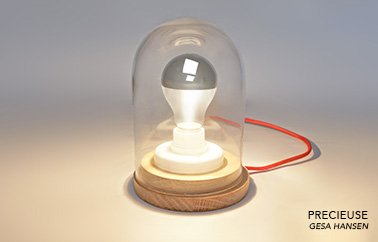