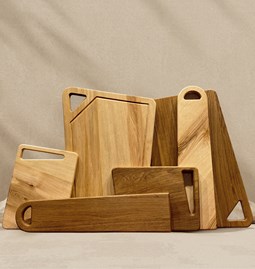 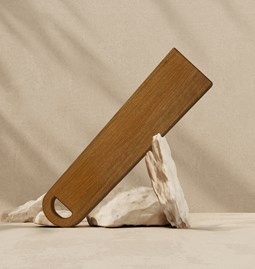 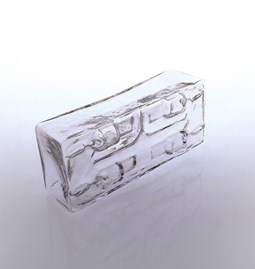 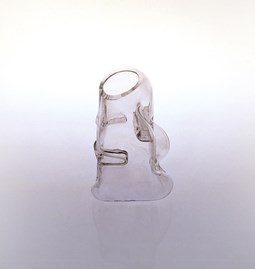 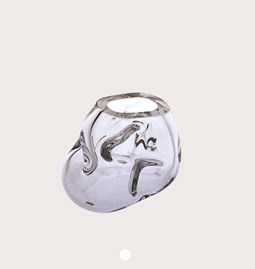 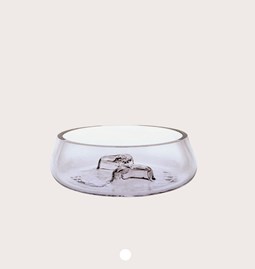 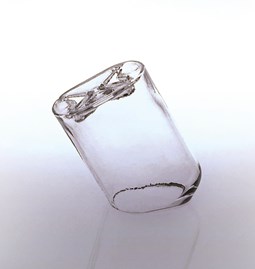 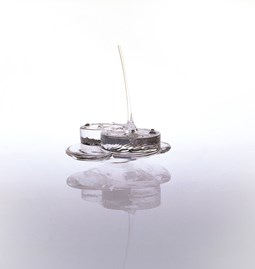 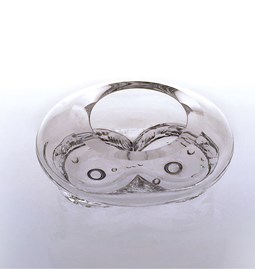 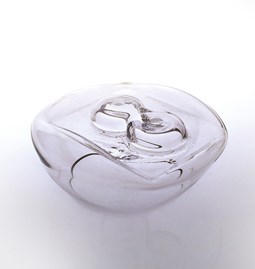 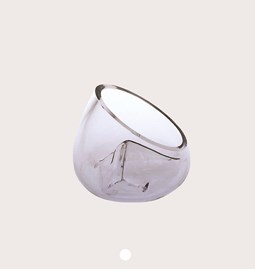 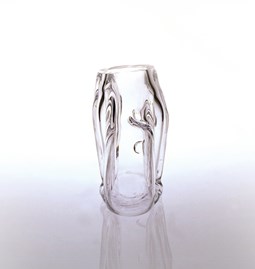 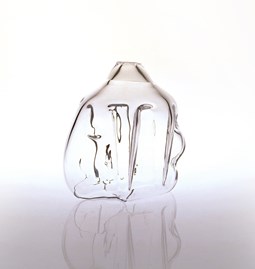 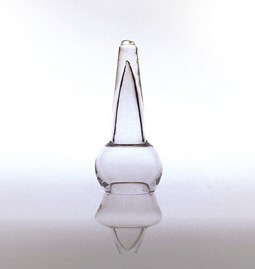 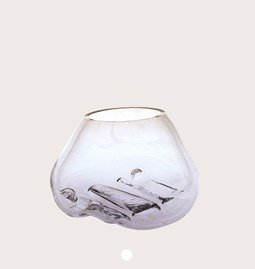 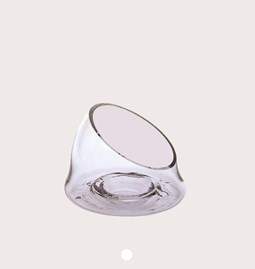 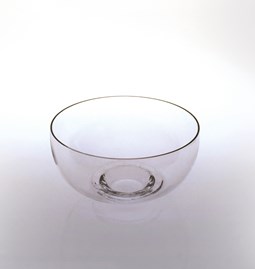 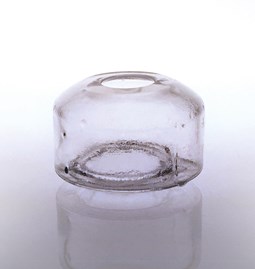 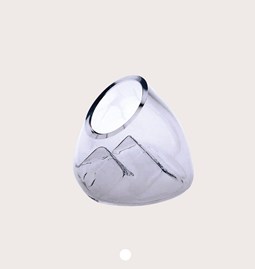 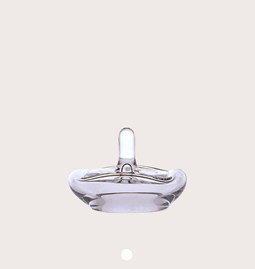 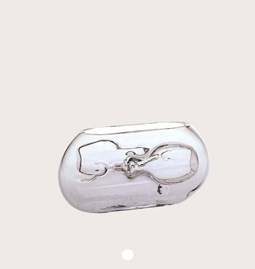 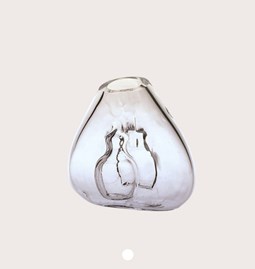 Through the diversion of plastic impressions in the glass art factory, the project is the expression of the constraint of the mould on the material and the freedom impelled by the breath.

Anaïs Junger works on several scales between object and space.

Experimentation through the relationship between hand and matter is at the heart of her projects.

Through the diversion of plastic impressions in the glass art factory, the project is the expression of the constraint of the mould on the material and the freedom impelled by the breath.

Is industrial moulding just duplication? Anaïs, concerned as we all are by the questioning of the use of plastic materials in everyday life, decides to go back to the sources of their manufacturing processes. She discovers little known objects: mould impressions. Most of the objects around us are made of plastic," she says, "and their shapes are constrained by moulding. Yet we don't know these processes. The essential is missing, the procedure remains veiled. But it is so obvious that everyone can easily understand how it works: from a contact is born an imprint, unique or infinitely reproducible". She is fascinated by these complex metal matrices with their infinite variety of geometric shapes.

The similarities in shaping techniques that she sees between plastic and glass have opened up a dialogue between two worlds: industry and manufacturing. Curious, the International Centre for Glass Art in Meisenthal opened its doors to her. Subjugated by the Promethean atmosphere of the furnaces and the ballet of the master glassblowers, Anaïs discovered the wealth of possibilities in working with the material glass. She convinces these craftsmen to become accomplices in a singular experience: creating non-objects blown into the imprints of plastic moulds. Free forms competing with their functional counterparts, frozen in the moment of her intuitions. Stopping the blow-moulding process at the limits, before the glowing parison becomes a vase, giving life to shapes dedicated to disposable plastic objects that would have been neglected. "New objects are born from a human adventure, in other words through the interaction between the machine tool and the human hand. They are both the expression of a constraint by the mould on the material and of a freedom driven by the breath". An apparently easy game, but conditioned by the cruel requirement to know how to stop at the right moment, harmoniously. A free yet influenced collection is born, delivered to the public as it is. From an originally stiff and sterile process, a range of "unintentional design" is born, which engages the imagination. The organicity of the glass softens the sharp edges of the metal of the moulds. These aptical and sensitive objects suggest an existing form like a soul. Despite all the mastery of the process, the result escapes us. There is surely a poetic influence in these free forms.

Besides the objects, the project lies mainly in the space that connects the creator and the viewer, at the borders between art, craft and design. Anaïs turns the famous paradigm of the industrial era upside down: "Form follow function". Here, it is function that will be at the bedside of form. Experimental, certainly, but not free. Proof of this is the imagination aroused by each of the designer's hyaline concretions. Everyone sees in them the object and the use he or she spontaneously wishes to project into them.

For Anaïs, these are above all exceptional encounters: "These objects are the witnesses of a human adventure undertaken. The aim is to meet those who manufacture, industrialists and craftsmen, driven by a natural desire to question the designer's approach to design in order to open up new fields of research". This reminds us that creation is rarely born out of certainties, but mainly out of serendipity: questions, accidents and risk.

Thanks to: All the team of the Paris Design Wee and Lille World Capital of Design event. The schools: Camondo and the Lazare High School of Schwendi. Industries: Meusburger, Hager group, Hebeco Plastic and Ricoch Industrie. As well as workshops: Silicybine and the Centre International d'Art Verrier. 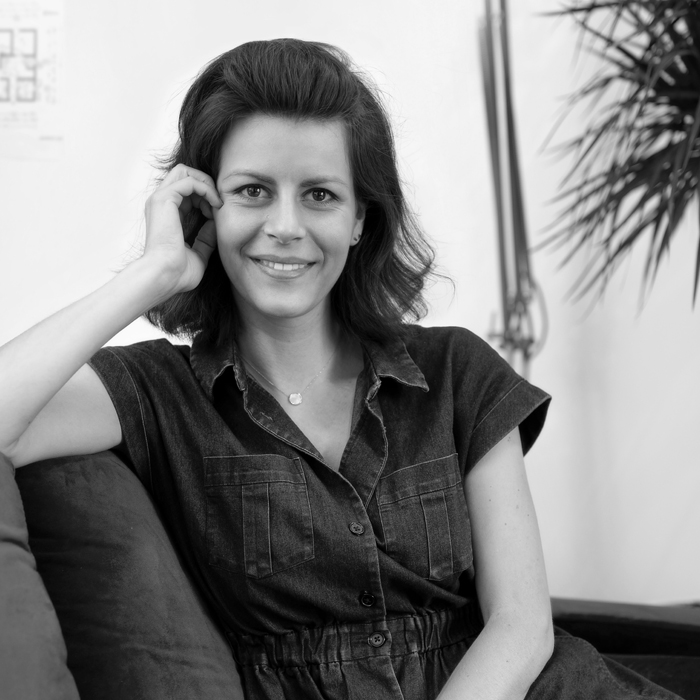 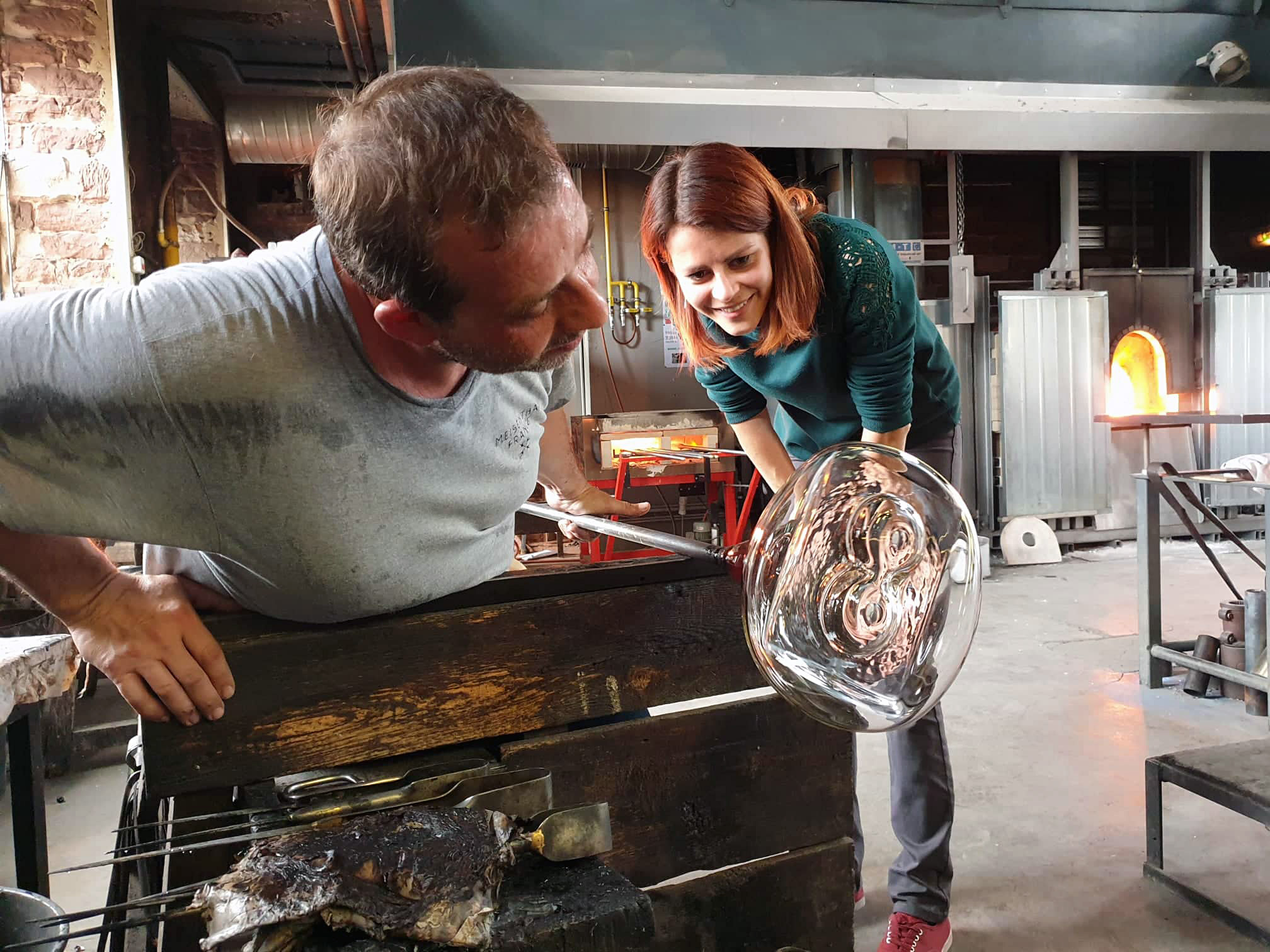