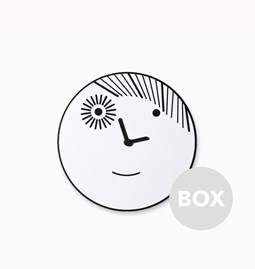 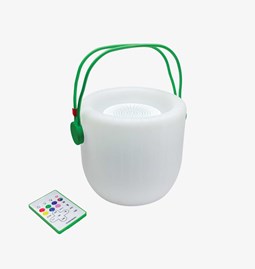 Matali Crasset is a designer that needs no introduction. Her creations have become iconic over time and she never ceases to question the concepts of modularity, ownership, flexibility and network. She collaborates with eclectic worlds, from crafts to electronic music, passing by the textile industry and fair trade industries, or yet product and interior design. matali´s particularity is to not fear experimentation.

She is constantly innovating, pushing the bounderies of shapes, uses and color. matali managed to overcome the usual codes and every project is a surprise designed in compliance with the user and always with that extra touch of soul that stretches further away the boundaries of design.

By herself matali is a world – of creative and delicious connections, attentions related to society and its development, where colorful imaginary shapes are made her own without ever making concessions to the purpose.

Here is an exclusive chat with matali …

matali, you managed to create a fictional world that is yours, inimitable … keeping freedom to make it evolve over new projects …
How do you do?

"For starters, I have no a priori what so ever. I do not think that my job as a designer should be considered in a constrained environment. Instead I am open to adventures and challenges, I like to do what I have never done before nor even imagined, whether it is an educational pigeon capsule to share colombophilia or a collaboration with the American painter Peter Halley or pastry chef Pierre Hermé … I love the adventure, to put myself in danger.

Every step has been leading me to perceive this job, through the projects I develop, like an obstetrician, a maïeuticien.
It is less and less about putting matter into shape – aesthetics – but rather to emerge, to unite, to organize around common values and intentions, links and networking skills, connivance and sociality. The majority of projects I’m currently working on highlight this dimension of collective and collaborative work. I think about recent projects such as: Maison des Petits at the 104 in Paris, Maisons Sylvestres for Vent des Forêts in Fresnes in the Mont at the Meuse, the Le Blé en Herbe school in Trébédan in Britain with the Fondation de France, the Dar’hi in Nafta in Tunisia or the Sharewood wood project in Negrepelisse for La Cuisine. There is a local factor that has been interesting me a lot lately. It is clear that contemporaneity is no longer the exclusive preserve of the urban world.

Of course, I also draw objects, but objects are neither the center nor the purpose of the creative process; they are a possible mean among others (architecture, scenography, exhibition …) at a given time, of a larger system of thought."

Your creations can be interpreted as very much in tune with the digital culture, graphic design, comics also… and yet you’re an avid reader of philosophy, sociology, economics … a paradox?

"I am a shy reader. The mountain to climb is so high, I feel very little face to all this knowledge. If I had to take another path, I think I could embrace sociology or anthropology. Alberto Alessi said of me that I am a sociologist, a kind of Fourier in the world of design. This is probably greatly exaggerated.
But the question of utopia is obviously a recurring theme in my work: it refers to my attachment for social thoughts. My social inclusion is as intimate – living in Belleville – as it is professional as part of my interest in responding to public commissions is to re-examine the public space – from the order of the Maison des Petits for the 104 to the Maisons Sylvestres for Vent des Forêts, posing design as a space of living together. Design becomes then a space of reconquest of social thought, where experience is at the heart of life itself.

When I became interested in natural wine for example thanks to Jean-Paul Rocher and Ivo Bonacorsi, they gave me the writings of Jules Chauvet as lecture, a lecture that requested another…of Rudolf Steiner’s texts. When you read Steiner, to whom I do not devote smug admiration, one can wonder how the same brain could give birth to biodynamics as well as anthroposophy … what has captivated me with Steiner is that he showed with his flaws and defects that we can embrace the world in its complexity. We then sit in front of a very tall mountain …
I also realized a piece around an important female figure for me who is Jane Addams, the founder of Hull House in Chicago whose work is little known here… a feminist, philosopher, Nobel Price of Peace.
I have the feeling that today design is at the same point as it was back at the dawn of industrial revolution. Already at the time there was questioning, concerns, consciences: it’s interesting to dive back into that time because that’s where design as activity rose and this is also the time were choices that impacted our lives today have been made.

If I have a special attention to artists like Louise Hervé & Chloé Maillet who performed several pieces around Saint-Simonians, it is probably because of the prism, this look they had on the utopias that immediately interested me.
More than ever I think that design is political and that design expresses our position as we face the world.
I feel that in my work, this interest I manifest for common life is expressed each time differently."

Early in your career, you imposed yourself with strong, remarkable and very quickly identified proposals. Since the beginning, you played with your image, your personal – unconventional and not dictated by fashion – style, that is your own. Few designers dare to do so. Can you tell us how that happen?

"I lived as a child in a small village where the social norm was very strong. The question of femininity and how women must seize it never interested me. I did not recognize myself. I’m not in female seduction.
I think you can be a woman otherwise.
Everyone can choose their way and be in tune with their bodies and minds. I feel I have only made life choices."

As we dig into your work, a feminine sensibility becomes more evident. Is it conscious?

"I consider projects through the prism of life. Which is, perhaps what you call feminine sensibility. To me, life is not a course of frozen actions but rather a series of actions that keep coming in a continuum of time and places. One can not engrave and reproduce in the digital age with a patterns inherited from the eighteenth century where space and furniture were specialized."

For those reasons, to finish with a beautiful quote you had during a conversation where female designers that have participated in thedesignerbox project shared their point seems like a good idea!

"What women have to offer, obviously, is another point of view. I call it a step aside. » How is this step aside reflected in your work?" 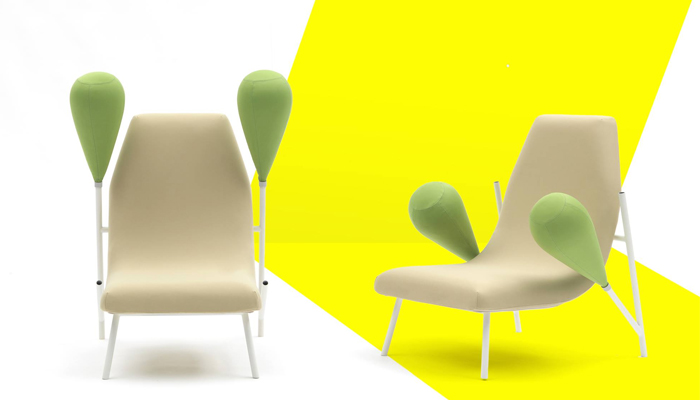