Aldo Bakker was born in Amersfoort, Netherlands in 1971. He is the son of jewelry designer Emmy van Leersum and Gijs Bakker, a pioneer of conceptual design who founded Dutch design collective Droog alongside Renny Ramakers. Aldo Bakker began his career as a jewelry designer, but quickly changed his focus to industrial design as he became increasingly fascinated with the interaction of materials and agency of everyday objects and bodies. Bakker designs porcelain and metal tableware, wooden chairs and benches, and various other objects at his studio in Amsterdam, Netherlands. He emphasizes his dedication to form over function; basing his best-known designs, like his salt cellars or the Urushi side table, on unexpected shapes he encounters in passing rather than a traditional design canon. Bakker only tweaks the objects to ensure optimal functionality after the forms and materials are perfected. In recent years, Bakker’s work has won critical acclaim, earning him exhibitions throughout Europe and requests to design and curate works for Frieze London 2013 and Milan Design Week 2014. Emmy+Gijs+Aldo, a landmark 2011 retrospective exhibition at Zuiderzeemuseum in Enkhuizen, Netherlands that charted Bakker’s parents’ influence on his work, also served to anchor his career beyond the context of his family, establishing Bakker as a distinctive designer in his own right.

From the moment I began to design, I have used the same approach. I start with a fascination for a specific shape. Through sketching and modeling I try to comprehend the shape. Once I understand it completely and know its underlying logic, I think about the ways to use the shape as an object. Consequently, the design is always subjected to the character which emerges from the logic of the shape. Sometimes it isn’t possible to produce the objects I have in mind. But when the principle of a form is good, then by definition it is possible to develop it in several directions, and create new, attainable objects from it. This principle also restrains me from losing myself in the details of a form. The objects I appreciate the most are those which contain a certain complexity. The reflection needed to invent them legitimizes their existence for me. Yet this doesn’t mean that these objects are also the most pleasant. But I wish to prove myself according to the logic of the form.

My forms seem to move; they’re nearly organic. Some people might see them as beings, as living things. Their creation is involuntary; these forms appear by happenstance, from the very depths of my being…

Creation is not an easy thing. No piece has a reason for being; nothing is really necessary. It can only find its raison d’être in endangerment of the self, the desire to experience a bit more peace of mind and well-being. I try to maintain this honesty, this constant necessity, which I also hope can be sensed in my objects.

Every detail, even imperceptible, is part of the object’s consistency. For example, the object released by designerbox has a slight curve at the base. Though invisible to the eye, this detail is essential and contributes to the sensuality experienced when touching the object.

It is often discussed whether my work belongs to the field of art or the field of design. But to me this distinction isn’t important. Every object has to find its own way of existence. Sometimes my objects are not useable at all, but function as embodiments of a gesture or refer to existing archetypical shapes and universal ideas 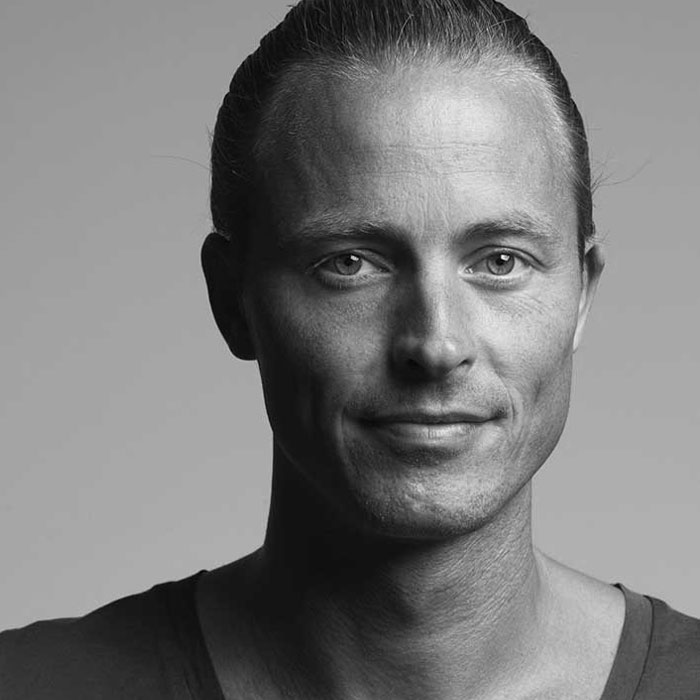 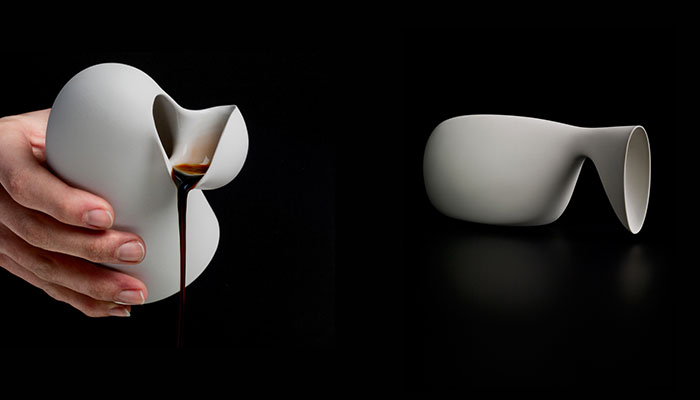