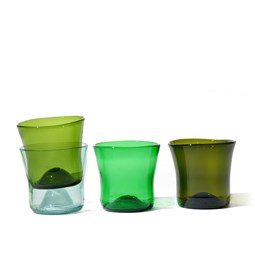 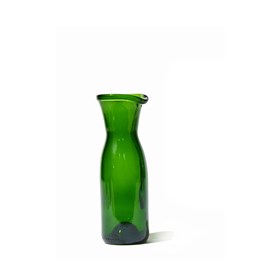 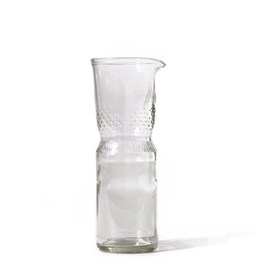 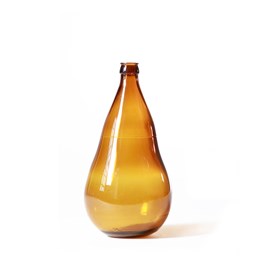 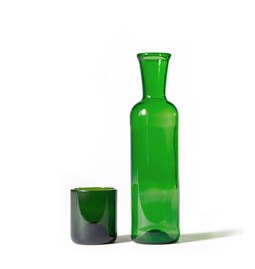 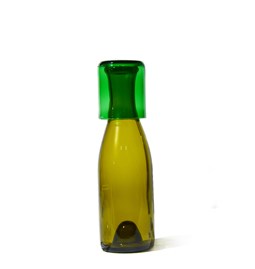 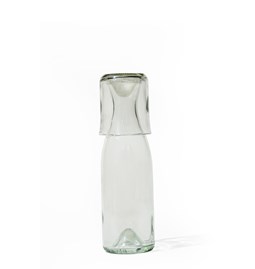 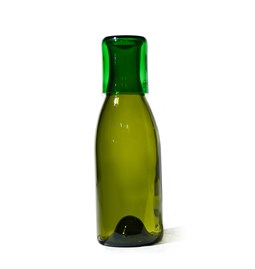 Same Same is a collection of glass objects from recycled bottles from supermarkets and supermarkets. Each piece is reworked by hand in the workshop of the master glassmaker Cornelius Réer in order to give them new forms, a new life. The SAMESAME series of objects, named after the well-known proverb "Sameame, but different", illustrates a certain refinement and a playful approach.

SAMESAME is a collection of glass objects that originate from standard commercial glass bottles and are given new shapes in Cornelius Réer‘s workshop.

Industrially produced bottles are used as casting blanks and converted into new objects by way of artisanry – their once archetypal shapes altered aesthetically as well as in functionality.

The original bottles remain recognizable in details, yet the makeover turns a standardized mass product into a high quality and unique one-off.

The object series SAMESAME is named after the well known proverb “same same, but different” – just like the quote, the series offers a playful approach to an interaction between similarities and distinctions. 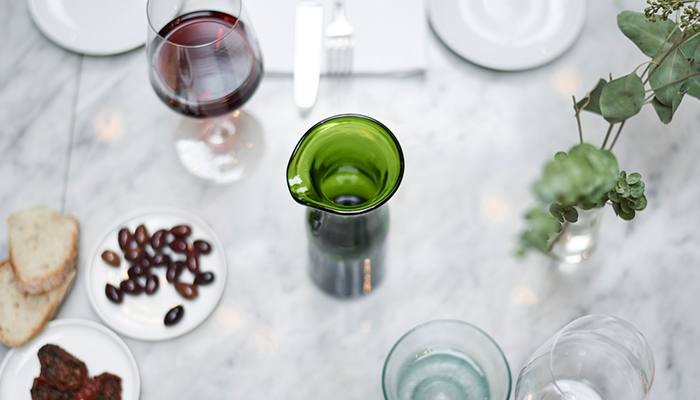