There are already offices that make us feel like bursting into song about daily life, so beneficial are they to workers’ wellbeing. A specialist in office design and founder of the architecture agency Archimage, Alexandra Corric helps us to understand these new work- enhancing spaces. 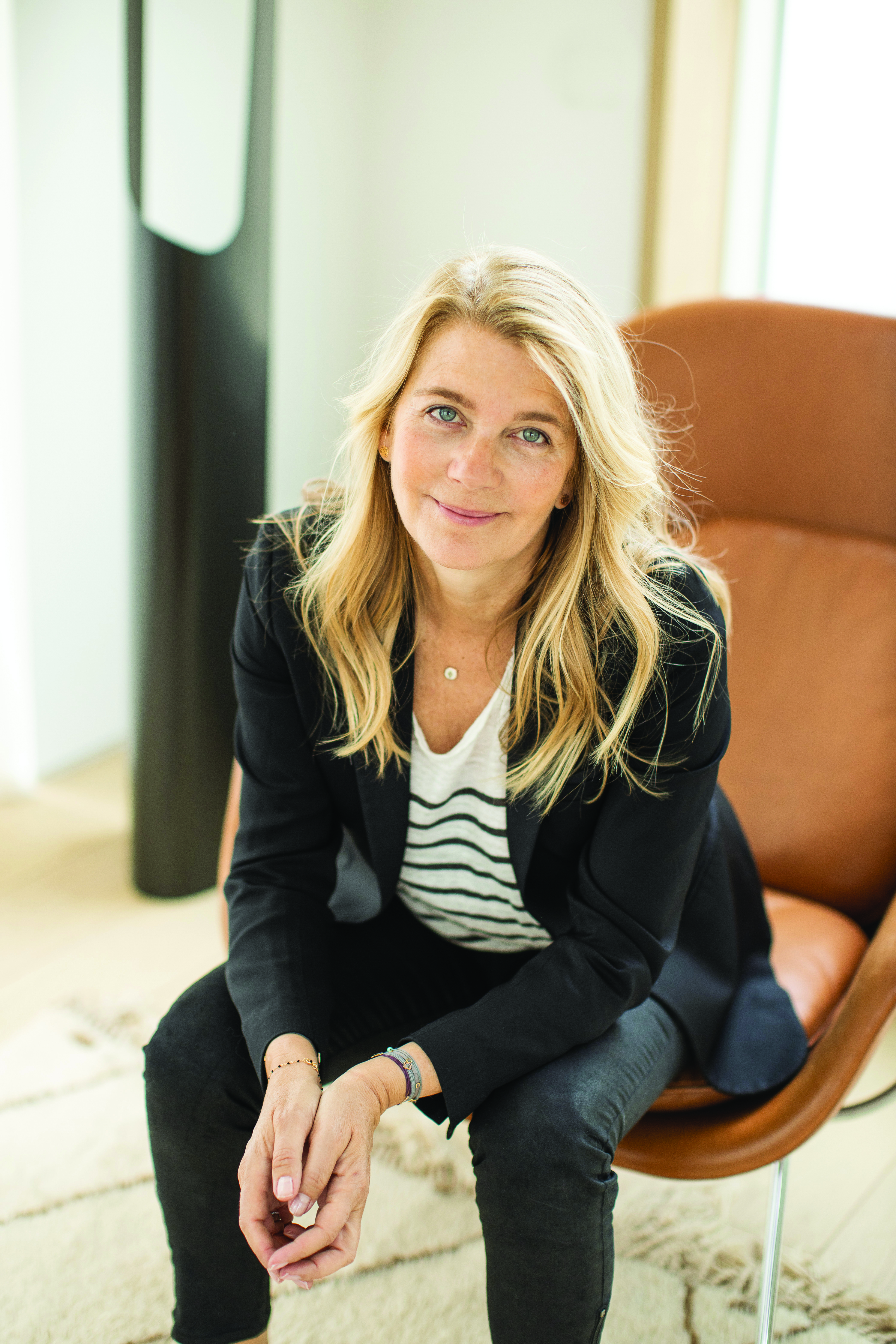 A symbol of the democratisation of administrative work, as opposed to manual work, open-plan spaces saw the light of day at the beginning of the 20th century under the aegis of architects as famous as Frank Lloyd Wright, who was inspired by the grandeur of cathedrals both aesthetically and for the way that wall-less spaces allow for better control of workers by their superiors.
The taste of the century being for wins in all senses, open-plan spaces quickly began to outpace standard individual offices with their implacable graphic aesthetic allowing for a significant gain in the number of square metres. Their golden age came in the 1980s, as witnessed by iconic Hollywood films such as Working Girl and Wall Street. But things changed in the 1990s with the founding of Archimage by Alexandra Corric. Its aim? To spearhead a new concept of workspaces that goes beyond the issue of productivity to the wellbeing of both managers and employers.
‘A gain in square metres is no longer the only motivation. It’s about using workspaces to retain talent and having a decor that makes workers feel good,’ explains the entrepreneur and government-registered architect.

“I THINK I CREATE THESE SPACES BECAUSE I LOVE THE IDEA OF BEING ABLE TO PROJECT MYSELF INTO THEM, TO ESCAPE INTO THEM FOR A MOMENT. THEY ARE JUST THE EXTENSION OF MY DAILY DREAMS.” 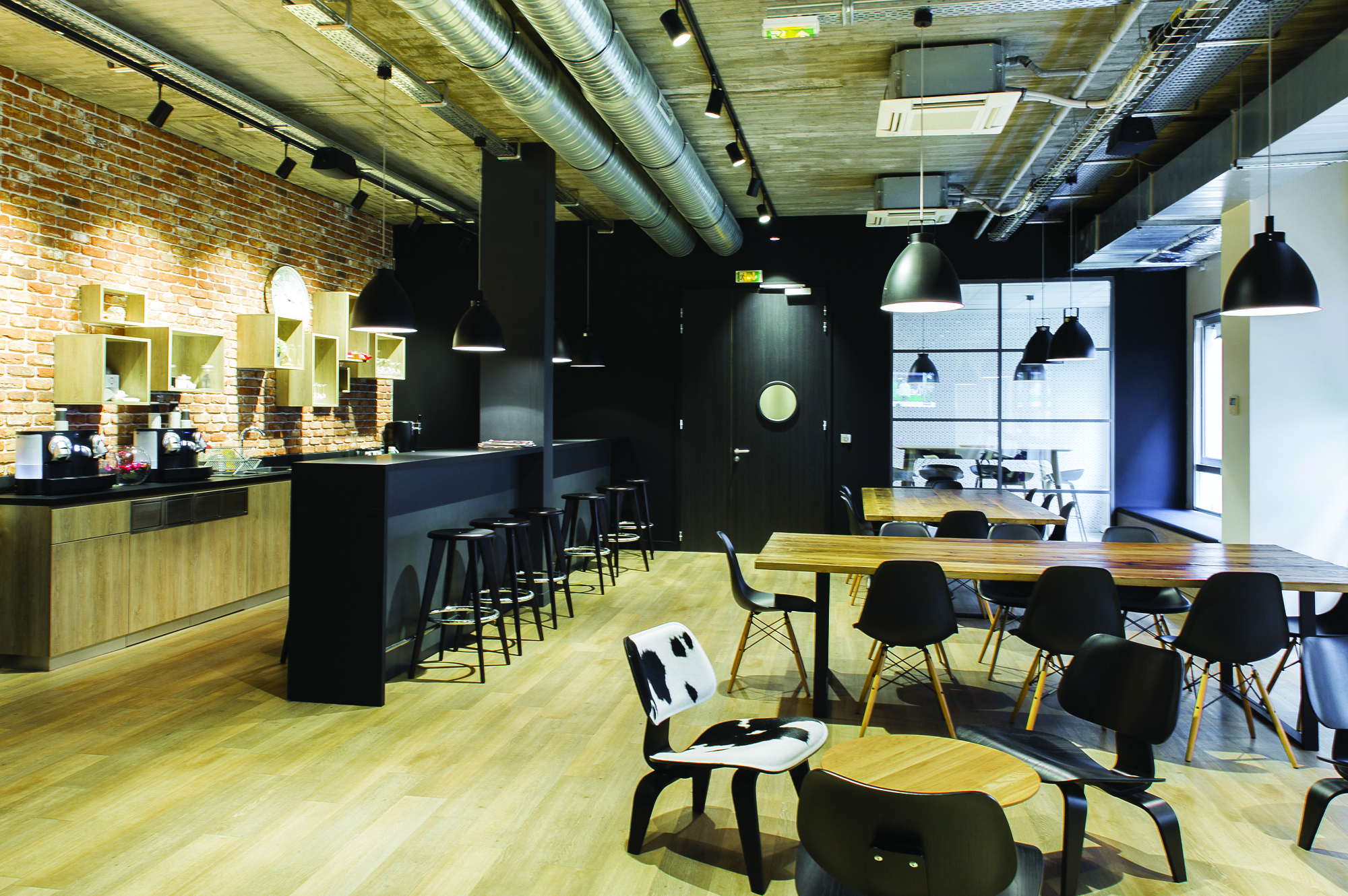 MOVE YOUR DESK!
The fundamental needs of workers are now taken into consideration by most firms, and this has led to a rethink when it come to office spaces. People want to move around, so flex offices allow them to chose their work station every morning, without having a set place, and even to work from home when they wish, subject to their boss’s approval.
Concretely and in architectural terms, today’s workspaces are organised on large open plateaus that are made more convivial by large shared tables.
Around the edges of the plateaus, sound- proofed ‘bubbles’ provide places to go to to concentrate but also offer cosiness. Meanwhile, kitchens and even games and nap rooms satisfy workers’ every need. On the whole, fun, colourful and plant-filled decor is all the rage...` Warmly welcoming environments like this seem to soften the effect of a day’s work. But if the flex-office trend has been growing in popularity over the last five years, particularly among start-ups who see in it the opportunity to reduce their production costs and thus please their shareholders, its also been widely criticised for stopping workers from appropriating a space for themselves – a place they can colonise with family photographs or other talismans - and for consigning them to unfamiliar and even inhospitable spaces. Back to square one! 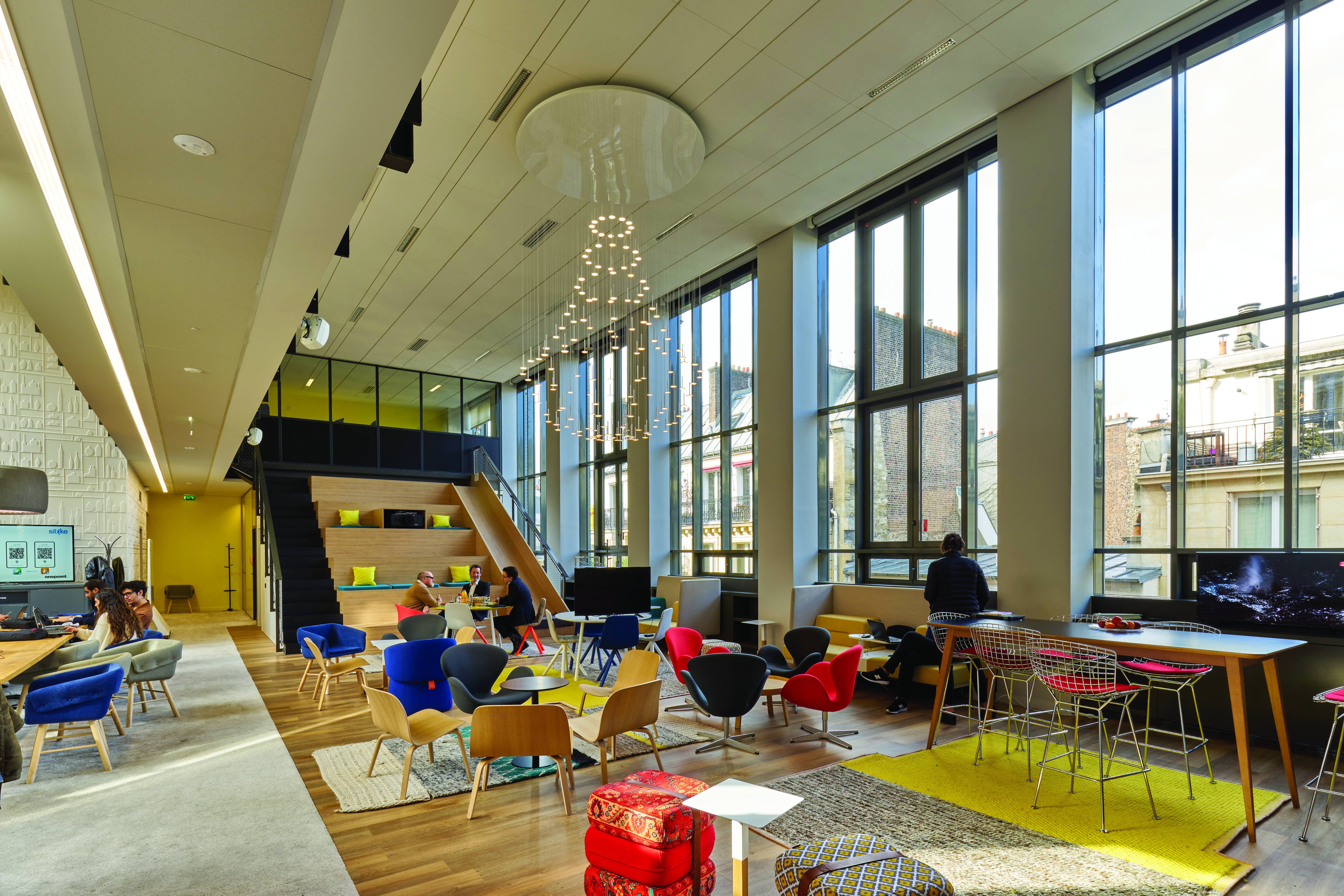 TELL ME A STORY...
What if the key to the wellbeing of workers – who have very strong opinions of their own – was in the story being played out within the space? That of the brand or firm, of course, but also that of its collaborators.
“At the start of every project, we insist on listening to people, users, in order to integrate their organisational, HR and financial need. This might seem obvious, but we don’t carry out projects for but with our clients,’ insists Alexandra Corric. Hence, each of her projects carries its own unique signature.
Of course, “light, a connection with the outdoors, and even humour and the element of surprise” are important. But the focus remains the decor’s ‘emotional timbre’, which allows everyone in the firm to share a goal.
Celebrated by many clients for whom it has tailor-made workspaces, from Danone to the Le Monde group, Archimage’s initial consultation period is all the more pertinent today given the COVID crisis and the growth in remote working. 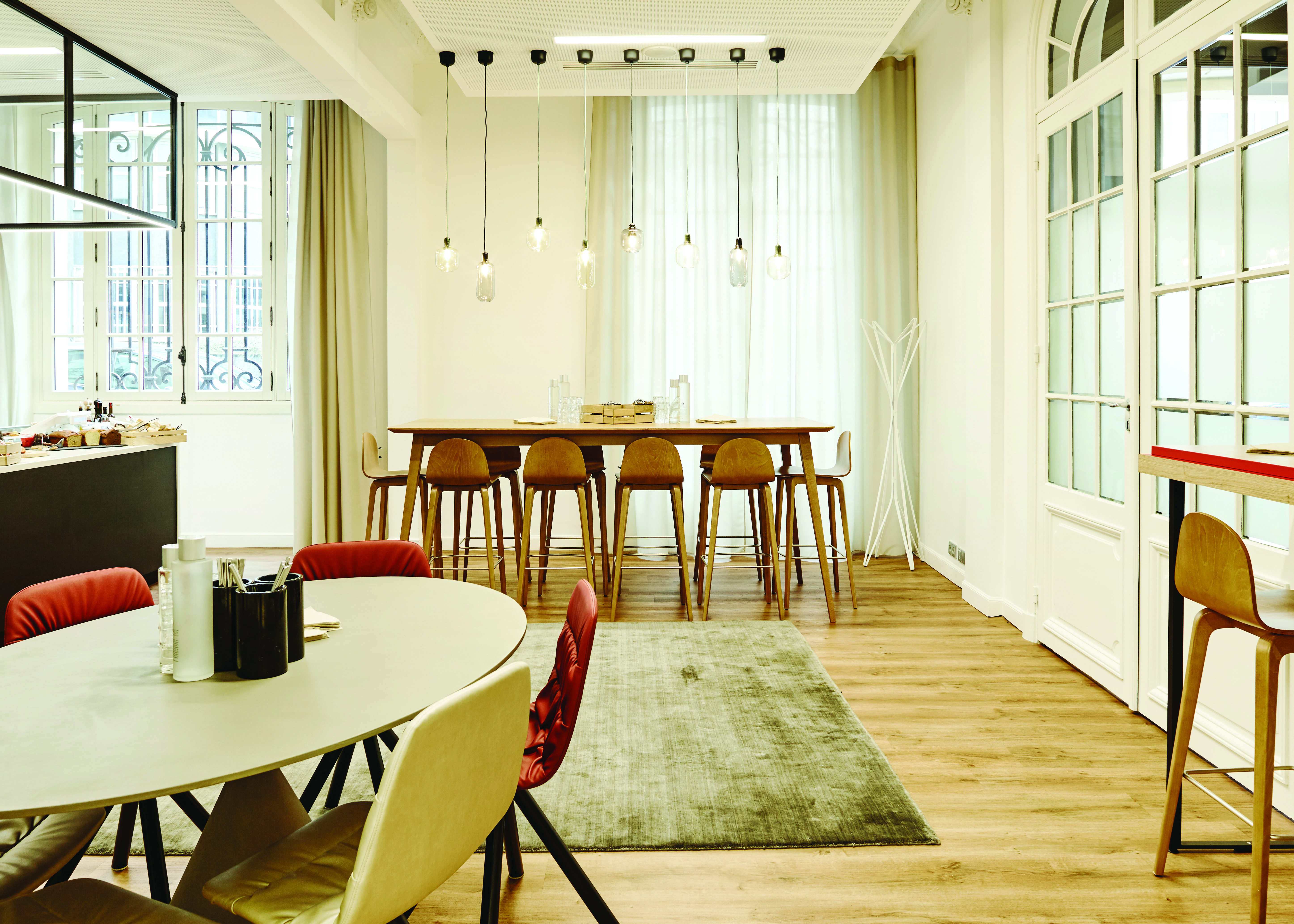 “The initial consideration and reflection process increasingly talks about what offices offer that homes don’t. It’s essential to take into account this desire on the part of workers to preserve informal moments, spontaneous exchanges and a collective dynamic”, insists Alexandra Corric.

‘Better at work than at home’ is the premise that served as the base for the PlatO light chosen by DesignerBox and Archimage for our new box. Conceived as an accessory both useful and cheerful in an office setting, the lamp allows users to fully reappropriate the light source by using the tray that tops it to hold their personal effects. Yet this enlightened object easily belongs in homes too, perhaps in a library or on a bedside table. 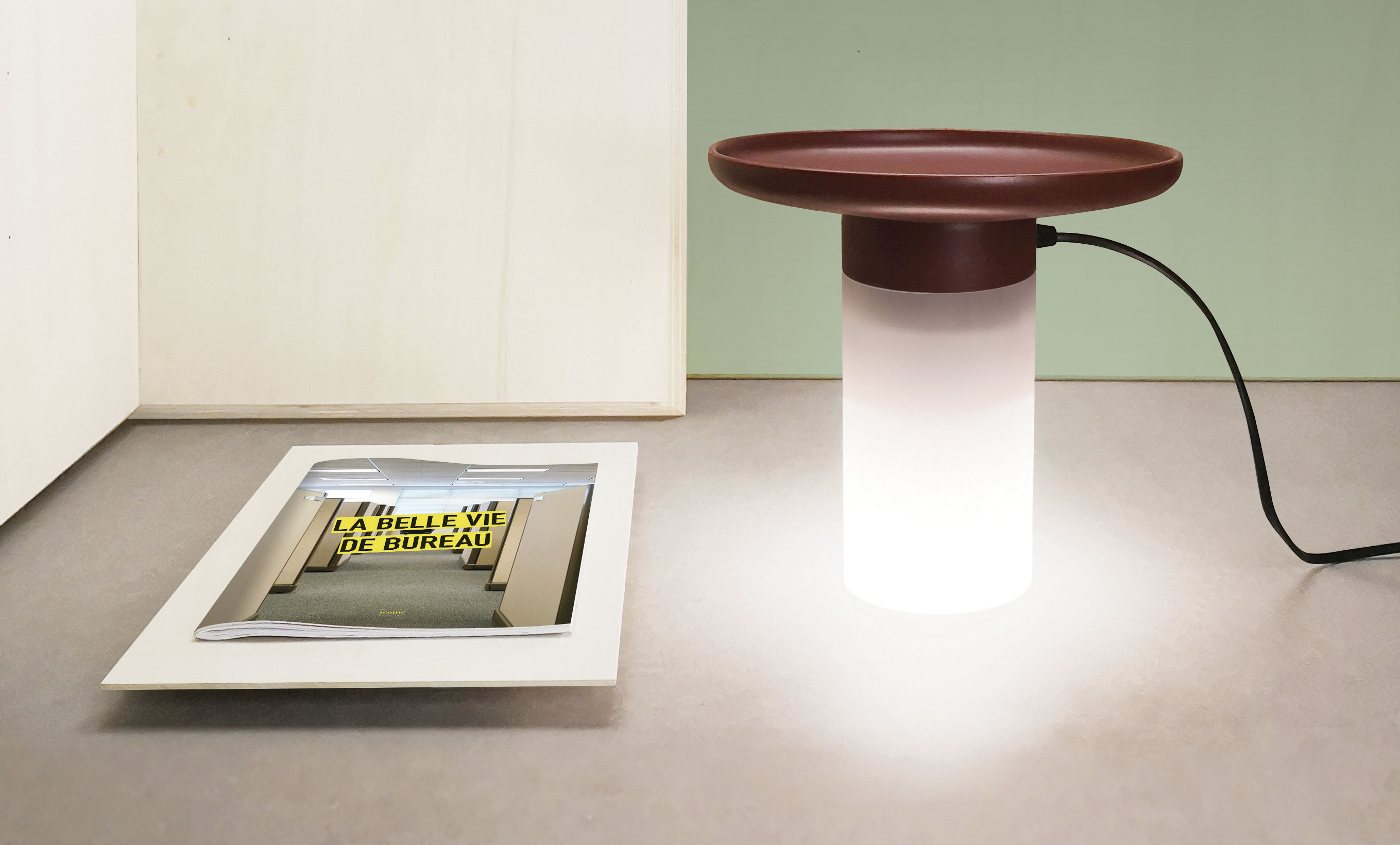