"It all started with love"

As simple and self-evident as their pared-down design, the relationship between Xènia Dikalo and Eduard Mondéjar, founders of Murmull studio, soon became incredibly productive. The designers of Step, this young duo we’re focusing on this month are recognisable through a handful of key pieces, all of them tangible emanations of their distinct stylistic personality...

Based in Barcelona, the partners stress the importance of their Mediterranean background and their intense interest in the cultural brew that characterises their city – an endless source of inspiration to them. After meeting at the Catalan School of Interior Design, the young designers, following different but complementary courses, united in their shared desire to promote traditional local craftsmanship via
ultra-contemporary creations. As soon as they’d graduated, they knew they had to work together. 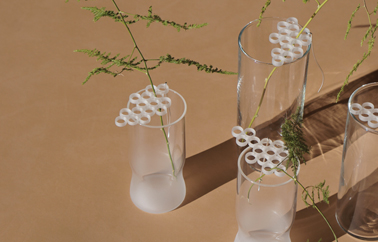 Since then, the duo has consistently drawn on architecture as the basis for their creative vocabulary in the production of a series of everyday but aesthetically flawless objects. "Clean lines, pared-down shapes and geometric forms": Murmull disdains stylistic contortions in favour of what is essential. The correct proportions, rhythm and balance are the main topics of debate in the creative dialogue that precedes the launch of each new product. Going beyond the narrow sphere of design, the duo aim to reinterpret the most important details of contemporary architecture in order to incorporate them in daily life. 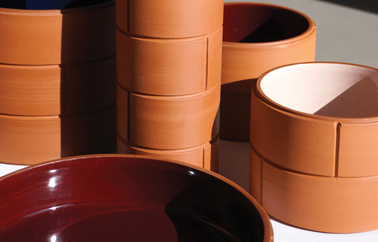 This is the case with ‘base’, a series of trays with motifs inspired directly by the cladding on external walls, and even by ‘scale’, a collection of graphic creations that aims to rewrite the rigour of architectural scale in clever cut-outs from sheets of wood. Even more innovative is the studio’s bag, available in different formats, based on the aesthetic qualities of polypropylene and resembling the ridges typical of the large glass blocks used in modern buildings.

The sculptural arched Step now available through Designerbox is inspired by key works by great
Catalan architects, including the 'House of Sculpto' by Xavier Corbero and even the Mìro Foundation by Antoni Bonet, both of which ‘integrate the traditional ornamental elements of ancient Mediterranean culture, including archways, in a perfectly contemporary style’. 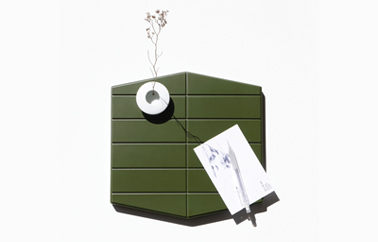 Murmull’s works display a clear narrative force and sometimes even a desire to inspire reflection. With their connotations of pollution and suffocation, the vast brick chimneys of factories from the industrial age inspired a series of artisanal vases and other ceramic plant containers. While the visual reference is obvious, the poetic character of these unique pieces destined to bring a breath of fresh air into interiors conversely runs counter to the industrialisation of the last century.

Militant about creating objects for a more respectful, responsible world, the pair use plenty of modernist references while aiming for timelessness. ‘Our taste for the pared-down shows our wish to promote durable objects that are not necessarily tied to a trend. This also means that we care deeply about producing pieces of the highest possible quality by relying on a network of local manufacturers and by supervising every stage of the production.’

Discover the Box "Arcade" by Murmull 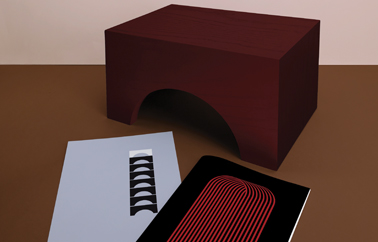