Fending off the idea of trying to impose a signature since he rather seeks to uphold his prestigious editors’ standards, Philippe Nigro nevertheless ends up delivering projects that stand as numerous testimonies of his personality and of his background. Born in Nice, the designer studied at the La Martinière School in Lyon after which he joined the prestigious Boule School in Paris. Right after his graduation, he flew to Milan where he brilliantly put theory into practice after having been hired as an intern in the agency of the famous Michele de Lucchi, one of the pillars of the Memphis group.

Philippe Nigro climbed up the steps toward recognition under the wings of the Italian design master before flying by himself, influenced by both cultures which nourished his years of training and paved down his own way : “My work testifies of the constant relationship existing between the Italian and French cultures, one complementing the other. In Italy, design is very spontaneous and open to various applied arts, while in France the universes are somewhat partitioned. When I started working in Milan, there wasn’t some job categorization: a designer did objects as well as deco, exhibitions set-ups, and even architecture. Today, this is not that much the case anymore, however, at that time, it enabled me toapprehend design under many different angles.” Furniture, products, interior deco or scenography, Philippe Nigro has got more than one string to his bow and navigates between France and Italy collaborating with renowned house and industries.

«What I find interesting is the multiplicity of projects, of users or final customers »

From Ligne Roset to Hermès, Including DePadova, Philippe Nigro crosses borders and surfs deftly on different styles always maintaining the same respect for specifics know-hows and an acute taste for ingenuity. “Of course, I make sure that the objects are surprising when it comes to their prime use, but I love inputting hidden functions or tricks. 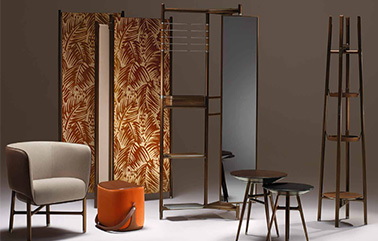 « I believe it is the best way for the final users to entertain a sentimental link with the products.” Thereby Les Nécessaires d’Hermès, a collection that encapsulates the famous brand inner universe that was thought over by the designer, consists of a set of accessories whose singularities derive as much from their high-end look as they do from their astute features.

«Behind the simplicity of the lines which underlines the nobility of the material used, one can stumble upon a storing space hidden into a seat or a table tray and this makes the object stand as one with our daily lives.” The Twin Chair is another piece of furniture that reveals his taste for sly objects, this prospective project that was prized by the VIA is tantamount to a stroke of genius by its elementary feel: “The wooden chair and its metal skin are enabling the birth of two seats into one”. The project as simple as it is efficient was since welcomed into the collection of the Centre Pompidou in Paris. 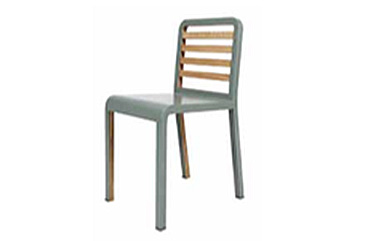 Nevertheless this leaning toward experimentation never overshadows the existing know-hows. On the contrary it aims at enhancing them. “I systematically try to understand the motives and also the history of an editor in order to come up with proposals that are best fitting.” The adaptable sofa Confluences which was born out of a grant for projects from the VIA in 2008 was conceived under the idea of offering a new vision for this type of seats, a logic that matched the French editor Ligne Roset’s view who ended up editing it in 2009. “The sofa’s asymmetry enables its adaptation to different morphologies, and offers as well a wide array of possible choices on fabrics qualities and colors.” It was therefore a whole field of possibility that was offered to the manufacturer that since has been exploited. With pedagogy at the top of his mind, an aim at putting under the limelight the values and own universe of its customers, Philippe Nigro showed his acumen as a scenographer. For Lexus, the Japanese car maker, the designer conceived a dedicated space during the Milan Salon in 2015. After having visited its factories, the designer was struck by the invisible details that are incorporated into car building to take into consideration the drivers’ desires. He thereby decided to invite the visitors to a highly sensorial experience that would put to the front the pleasure to be found in driving. 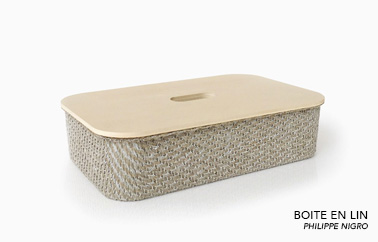