In Orbit with a cosmic decoration

Zoom in on a cosmic decoration trend that extends to the infinite and beyond - to the point of putting our interiors into orbit!

From the grandiose Chanel A/H 2017-18 show featuring intersidereal sets and silhouettes, to the cuisine of the most hovering foodistas, to the world of nail art, the craze for the cosmos does not seem to be about to stop on such a good path. Zoom in on a cosmic decoration trend that extends to the infinite and beyond - to the point of putting our interiors into orbit!

2001 Odyssey of space, Brasilia or Barbarella... After man had taken his first steps on the Moon, the planet earth became passionate about space and saw masterpieces of futuristic aestheticism flourish in cinema, literature and architecture in the 1960s and 1970s. The interior decoration soon followed the movement with plastic force, Plexiglas and other ovoid forms colonizing the houses of the time. 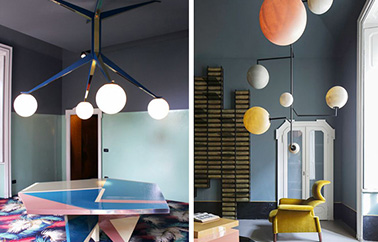 Some 50 years later, here is the interior universe once again immersed in a spatio-temporal rift with lights, suspensions or other cosmic mobiles and superluxe lounge-style layouts of the future, such as those designed each year or almost in Milan during the weekend design by the very talented DimoreStudio (see photos on the right). With the flashy and pop colors of the seventies, we nevertheless prefer today the subtlety of the violin, night blue, comet pink and gold for a more poetic and less conquering spirit than that of our ancestors...

Are you ready for takeoff? Shoot Sam Accoceberry's Celestial lamp, an ideal and trendy flying object to illuminate your nights... 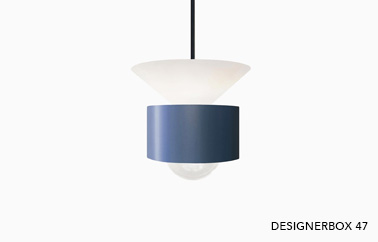