For Designerbox, Eugeni Quitllet is keen on fanning the flame of desire with his fire cell with its inspired and rich in meaning curves and hollows. On top of it all, he delivers a nice opportunity to look back on all his versatile predecessors who have with humor and sensuality fiddled with an X-rated design. Do you feel tempted?

10 years prior to founding the Memphis movement and becoming internationally renowned, Ettore Sottsass experienced a rocky romance with Eulàlia Grau, an artist from Barcelona who was living in Milan. His fiancé’s last goodbye gave birth to a vase/monument to this lost love that the creator, caught on Indian culture, dedicated to Shiva. Initially in pale rose, the masterpiece was re-edited using a golden finish with the creator’s approval. 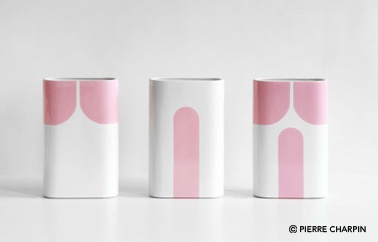 For the exhibition « Kama, Sex & Design », during theTrienanale di Milano in 2013, the Milan design museum asked to 8 designers to come up with pieces revolving around the notion of Eros – Eroticism in ancient Greek -. Oki Sato, the founder of the design studio Nendo, presented a series of silicone-covered bowl whose fine skin thrilled and shook under the wind procured by a fan placed at their sides. The feeling of desire thereby created is such that onlookers can do all but touch it…. 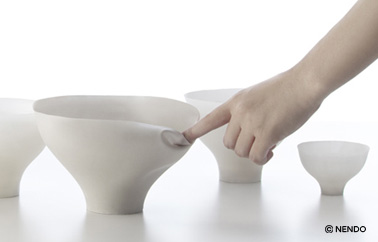 The breast bowl or tit cup was created for a royal commission and was used by Marie-Antoinette , the spouse of French King Louis XVI , to drink milk. As if it wasn’t extravagant enough, it was said that the bowl shape was molded from the Queen’s own breast; however this is only a legendary tale. Made in soft-paste porcelain, in order to enhance its flesh-like feel, this legendary object can now be seen at the Musée national de la céramique de Sèvres (French national museum of ceramic). It has been an inspiration to designer Piergil Fourquié for the making of Nippy, a sensual glass dome that was Designerbox#23 object. 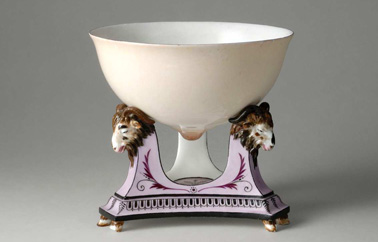 Edited by Casamania, the Him & Her chairs signed by designer Fabio Novembre boldly and sensually revisit the mythical chairs by Verner Panton ! Welcoming back ends, the feminine and masculine versions were cast in molds in plasters that had been molded from actual models. The two Genesis-inspired industrialized sculptures offer a proper seating in modern settings. 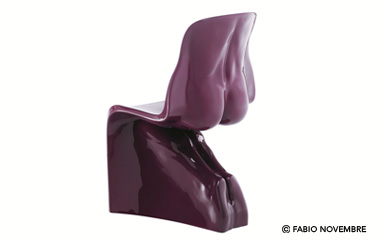