Winner of the 2015 Austrian Rado Star Prize, Louisa Köber, a young 29 year old German designer, stood out in the competition organised by the watch brand with a project constructed in homage to temporality. With sand poured from suspended and unsealed hourglasses to create a kind of desert- like topography of time, the young designer’s dreamlike installation truly hit the target.

Nonetheless, with more than just a poet’s soul, Louisa Köber has a fierce determination to make “sense” in the way she tackles different projects. While for Rado, the idea of time was the logical central theme, she also regards the constraints of industrial production as rationales for her creations. One example is Split: her table designed for the Brazilian publisher Oppa grew out of the desire to innovate, hence legs made from a single piece of steel tube to circumvent the difficulties inherent in the traditional production of table legs. In the same way, while she admits she is keen on colours and prints, this young designer only uses them if they are meaningful in the current project: after an initial colour drawing of Lily, Louisa chose to opt for pure white, allowing her to play more subtly with matt and glossy finishes to give the vase its relief. Louisa has found meaning in each of the projects she has worked on with passion since the Rado Star Prize thrust her into the limelight. 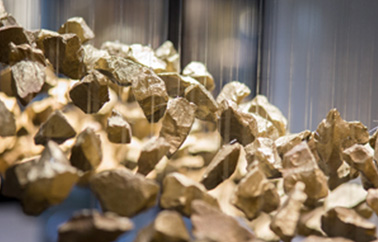 Living in Vienna, where she started her freelance career after working in the city for the Polka Design Studio, the young designer describes herself as a “European” designer first and foremost, due to having studied in three different countries. Greatly influenced by her time at the ENSCI (the French national school for advanced studies in design) in Paris, she confesses to a great admiration for the work of the Bourroullec brothers.

Her participation in Designerbox is further evidence of her taste for French art and design. When she was little, Louisa used to spend her time asking her landscape gardener father the names of the different flowers. While she has long forgotten many of these scholarly and unpronounceable names, her adult self still has an unconditional love of flower arrangements. 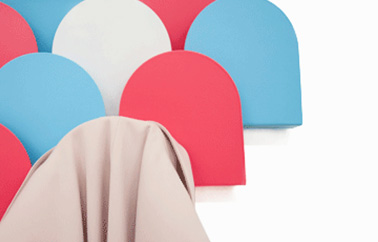 The elongated oblong Lily vase is designed for creating long bouquets that allow a large number of flowers to be admired at a glance. Cheekily scorning the passage of time that fades the most beautiful varieties, the vase turns over to make the pleasure last. Turning it upside down reveals a niche designed to hold tubs of pot-pourri made from bouquets once enjoyed as fresh flowers … 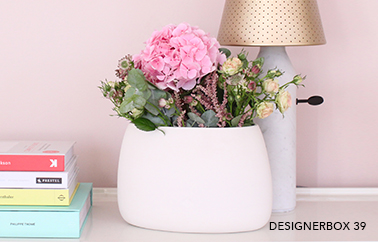